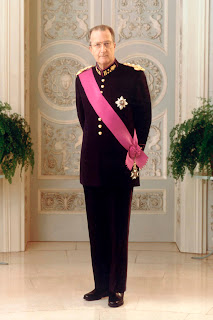 Albert II (born 6 June 1934) is the King of the Belgians, a constitutional monarch. He is a member of the royal house "of Belgium"; formerly this house was named Saxe-Coburg-Gotha. He is the uncle of the current reigning Duke of Luxembourg, Henri.
Birth
He is the second son of King Leopold III (1901–1983) and his first wife, Astrid of Sweden (1905–1935). He ascended to the throne in 1993, following the death of his older brother, King Baudouin. His godparents were Prince Felix of Luxembourg and his paternal grandmother, Queen Elisabeth of Belgium. He is the first cousin of King Harald V of Norway, Princess Astrid of Norway, and Princess Ragnhild of Norway.
Biography
Prince Albert was born in Stuyvenberg Castle, Brussels. On 10 May 1940, at the time when Belgium was being invaded, Prince Albert, his elder sister Princess Joséphine-Charlotte and his elder brother Prince Baudouin, left the country for France and later Spain. The Prince and the Princess returned to Belgium on 2 August 1940. They continued their studies until 1944, either at Laeken, or at the Chateau of Ciergnon in the Ardennes. In June 1944, at the time of the Allied landings, King Leopold III, Princess Lilian – whom he married in 1941 – and the royal children were deported by the Germans to Hirschstein, Germany, and later to Strobl, Austria, where they were liberated by the American Army on 7 May 1945. 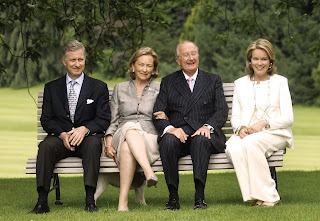 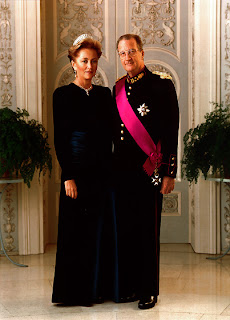 On 2 July 1959, he married in Brussels, Princess Paola Ruffo di Calabria (born 11 September 1937). She is the daughter of Fulco VIII, Prince Ruffo di Calabria, 6th Duke of Guardia Lombarda and his wife, Countess Luisa Gazelli di Rossana e di Sebastiano (1896–1989). Together they have three children, two sons and a daughter:
Illegitimate daughter
Delphine Boël (born 1968), a sculptor living in London, is alleged to be the illegitimate daughter of the King. The claims originated in a Belgian satirical magazine in 1997 and were repeated two years later in a biography written by 18-year-old schoolboy nl:Mario Danneels. Her mother is a Belgian aristocrat, Sybille, Baroness de Selys Longchamps, who was married at the time of Delphine's birth to Jacques Boël. Delphine has 2 children, Joséphine O'Hare and Oscar O'Hare, by her American companion, James O'Hare. Sybille de Selys Longchamps and Delphine both refused to comment on the claim, and palace officials called it "malevolent gossip".
From : www.wikipedia.org
Posted by Robbyen at 1:37 AM