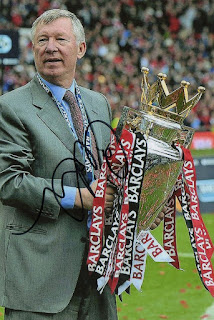 Sir Alexander Chapman "Alex" Ferguson, CBE (born 31 December 1941) is a Scottish association football manager and former player, currently managing Manchester United, where he has been in charge since 1986. His tenure has seen the club go through an era of success and dominance both in England and in Europe, giving Ferguson a reputation as one of the most admired and respected managers in the history of the game.
Ferguson previously managed East Stirlingshire and St. Mirren, before a highly successful period as manager of Aberdeen. Briefly manager of the Scotland national team — in a temporary capacity owing to the death of Jock Stein — he was appointed manager of Manchester United in November 1986.
With 25 years as manager of Manchester United, he is the longest serving manager in their history after overtaking Sir Matt Busby's record on 19 December 2010. His tenure is also the longest of all the current League managers. During this time, Ferguson has won many awards and holds many records including winning Manager of the Year most times in British football history. In 2008, he became the third British manager to win the European Cup on more than one occasion.
He was knighted in 1999 for his services to the game and also holds the Freedom of the City of Aberdeen.
Early Life 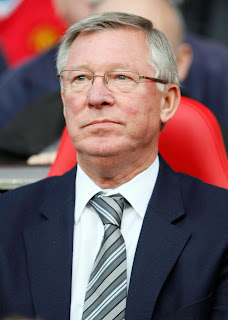 Born to Alexander Beaton Ferguson, a plater's helper in the shipbuilding industry, and his wife, the former Elizabeth Hardie, Alex Ferguson was born at his grandmother's home on Shieldhall Road, Govan, on 31 December 1941, but grew up in a tenement at 667 Govan Road (which has since been demolished) where he lived with his parents as well as his younger brother Martin.
He attended Broomloan Road Primary School and later Govan High School, and supported Rangers.
Legacy
One recurring theme of Ferguson's management of Manchester United has been his view that no player is bigger than the club. He has consistently taken a "my way or the highway" approach in his dealings with players and the pressure of this management tactic has often been the cause of many notable players' departures. Over the years players such as Gordon Strachan, Paul McGrath, Paul Ince, Jaap Stam, Dwight Yorke, David Beckham, Ruud van Nistelrooy and Gabriel Heinze have left the club after varying degrees of conflict with Ferguson. It is also suggested that one of the most inspirational players in the club's history, Roy Keane, was a victim of Ferguson's wrath following damning criticism of his teammates on the club's in-house television channel, MUTV. 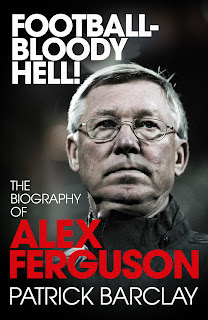 This disciplinary line that he takes with such highly paid, high-profile players has been cited as a reason for the ongoing success of Manchester United.
Personal life
Ferguson lives in Wilmslow, Cheshire, with his wife, Cathy Ferguson, Lady Ferguson (née Holding). They married in 1966 and have three sons: Mark (born 1968), and twins Darren (born 1972), current manager of Peterborough United and former manager of Preston North End, and Jason (born 1972), who runs an events management company.
In 1998, Ferguson was named in a list of the biggest private financial donors to the Labour Party. He is also a lifelong Labour voter.
From : www.wikipedia.org
Posted by Robbyen at 6:38 AM