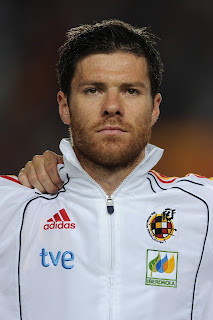 Xabier "Xabi" Alonso Olano ( born 25 November 1981) is a Spanish World Cup-winning footballer who plays for Real Madrid as a midfielder.
Alonso began his career at Real Sociedad, the main team of his home region Gipuzkoa. After a brief loan period at Eibar he returned to Sociedad where then manager John Toshack appointed Alonso as his team captain. Alonso succeeded in the role, taking Real Sociedad to second place in the 2002–03 season. He moved to Liverpool in August 2004 for £10.5 million. He won the UEFA Champions League in his first season at the club, scoring the equalising goal in the final. The following season he won the FA Cup and the FA Community Shield. He moved to Real Madrid for the start of the 2009–10 season, in a deal worth around £30 million. Internationally, Alonso has represented Spain in the Euro 2004, Euro 2008 tournaments and in the 2006 World Cup and 2010 World Cup. He made his international debut in April 2003 in a 4–0 victory against Ecuador, and he won Euro 2008 and the 2010 World Cup with Spain.
Alonso holds the record for the longest-range goal ever scored in open play in the Premier League, from a distance of 61 yards in 2006. In the previous season, he scored from 78 yards against Luton Town in the FA Cup.
Early life 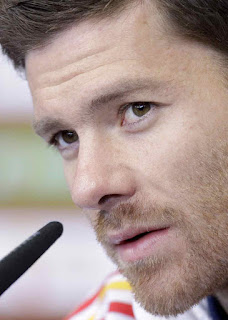 Alonso was born into a family known for its footballing prowess. His father, Periko Alonso won the La Liga twice in successive seasons with Real Sociedad and a third time after he moved to Barcelona. He also featured in the national team, winning 20 caps over the course of his career. Born in Tolosa, a small Basque town, Xabi Alonso lived in Barcelona for the first six years of his life and moved to San Sebastián thereafter. It was here that his passion for football began as he whiled away his childhood playing at Playa de la Concha (Shell Beach). On the Basque sands Alonso befriended a fellow resident of Calle Matia, Mikel Arteta, and the two would battle each other in exhibitions of technical ability. He was immersed in football and his father would often bring him and his older brother, Mikel, to CE Sabadell's training ground to practise together. Alonso was influenced by his father's playing, taking more pleasure in passing the ball well than shooting at goal.[4] At an early age he decided to play as a defensive midfielder: a role which helped him learn how to distribute the ball well. This talent would later prove to be an integral part of his club and international career. 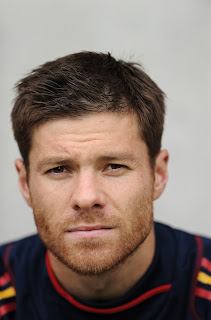 When he was 15, Alonso went to the Irish town of Kells, County Meath on a school exchange programme to learn English. During his time there, he played Gaelic football and developed a keen interest in the sport.
Alonso and Arteta were ambitious and dreamed of playing alongside each other for Real Sociedad when they were older. Though they attended different schools, the two young players joined forces at the local youth side Antiguoko, playing games at the weekend. Their performances attracted the attention of scouts from top Spanish sides and the young Donostiarras separated ways, ending nine years of friendly rivalry, as Alonso went to Real Sociedad and Arteta moved to Catalan giants Barcelona. However, Alonso's move to Real Sociedad was not a companionless one as he was joined by his older brother Mikel Alonso who had also become an adept player.
Alonso progressed through the youth ranks and the reserve team at Real Sociedad and impressed enough to earn a first team debut at the age of 18. He made his first senior appearance against CD Logroñés in December 1999 in a Copa del Rey match. Alonso failed to make another appearance in the season but the following year brought more opportunities. At the beginning of the 2000–01 season, Javier Clemente sent Alonso to Segunda División team Eibar to gain experience. 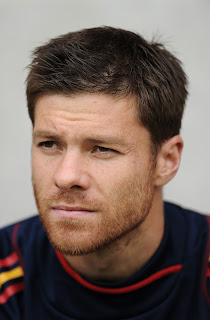 Alonso's father particularly felt the move to the smaller club improved him as a player. However, a quick turnover of managers, including a two month period with Periko Alonso in charge, left Real Sociedad in a dire situation. By January 2001 Real Sociedad were bottom of the league and the new manager, John Toshack, turned to the prodigious Alonso in the hope of reversing the team's fortunes. In a surprise move, the Welsh manager made 19 year old Alonso the team captain, a position traditionally held by more senior players. By the end of the season Sociedad had climbed out of the relegation zone and finished in 14th place. Toshack lauded Alonso, noting that the impression he had on the team was exceptional, especially for a player from the youth-team.
Personal life
Alonso was regarded as a quiet and friendly person by his former teammates at Liverpool. He is married to Nagore Aramburu and the couple have 2 children: Jontxu and Ane. Alonso stayed in Merseyside to be at her side while she gave birth, later saying: "It was a little frustrating to miss the match against Inter but I have to be with my family at times like these." His decision to place his family ahead of an Champions League tie caused much friction with manager Rafa Benítez. On 30 March 2010 they had their second child; a girl named Ane Alonso Aranburu. 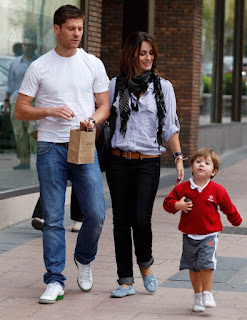 Alonso and Arsenal player Mikel Arteta were neighbours on the same street while growing up in San Sebastián and also lived near each other in Liverpool. Alonso convinced Arteta to transfer to Everton after he told him how happy he was living in Liverpool. Alonso also helped persuade former Real Sociedad team mate Juan Ugarte to make a move to Wales by joining Wrexham in 2004.
His brother, Mikel Alonso plays for English team Charlton Athletic, having previously spent a season on loan at Bolton Wanderers in the 2007–08 season with an option for a permanent deal. However, the team opted not to extend the loan deal and he returned to Spain to train with Xabi Alonso's former club, Real Sociedad. Alonso also has another brother involved in football, Jon, who works as a referee.
Alonso is a Meath Gaelic football supporter. His interest in the Irish sport stems from the age of 15 when he went to the Irish town of Kells, County Meath on a school exchange programme to learn English, where he played it in his spare time.
Even while playing at Real Madrid, Alonso has declared himself a Liverpool supporter and returns to watch games at Anfield when his schedule allows. He was quoted in The Times Online in 2011 as saying: "I am still a Liverpool fan and will be forever, absolutely" and that he will raise his Liverpool-born son as a Red supporter.
Alonso is also the Director of Communications at Laspalmas.dk, a Danish supporter club for the Spanish club Las Palmas, who currently plays in the Segunda División.
From : www.wikipedia.org
Posted by Robbyen at 5:51 AM