Tāufaʻāhau Tupou IV, King of Tonga, GCMG, GCVO, KBE, KStJ (4 July 1918 – 10 September 2006) son of Queen Sālote Tupou III and her consort Prince Viliami Tungī Mailefihi, was the king of Tonga from the death of his mother in 1965 until his own death in 2006. He was married to Queen Halaevalu Mataʻaho ʻAhomeʻe, born in 1926, and the couple had four children:
* Siaosi Tāufaʻāhau Manumataongo Tukuʻaho Tupou, while as Crown Prince, better known by the hereditary title: Tupoutoʻa (once his father did not need it any longer). He succeeded him later as George Tupou V.
* Princess Royal Sālote Mafileʻo Pilolevu Tuita (born Tukuʻaho)
* Prince Fatafehi ʻAlaivahamamaʻo Tukuʻaho (stripped of his title after marrying a commoner, later bestowed with the hereditary title of Māʻatu, deceased 2004)
* Prince ʻAhoʻeitu ʻUnuakiʻotonga Tukuʻaho better known by his traditional titles: Tupoutoʻa Lavaka (until the death of his father known as: ʻUlukālala Lavaka Ata). 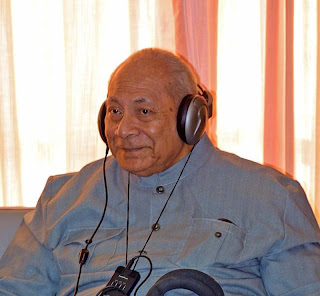 The King's full baptismal name was Siaosi Tāufaʻāhau Tupoulahi, but he was soon better known by the traditional title reserved for Crown Princes: Tupoutoʻa, (bestowed in 1937) later replaced by the title he inherited from his father: Tungī (or using both: Tupoutoʻa-Tungī, in that time written as Tuboutoʻa-Tugi). He kept the Tungī title until his death. From a traditional point of view he was not only the Tungī, which is the direct descendent from the Tuʻi Haʻatakalaua, but he was also, on becoming king, the 22nd Tuʻi Kanokupolu. The link with the Tuʻi Tonga, was more indirect. He was not a Tuʻi Tonga too (as that office has gone over into the Kalaniuvalu line), but his grandmother Lavinia Veiongo (wife of George Tupou II) was the great-granddaughter of Laufilitonga, the last Tuʻi Tonga, and his wife Halaevalu Mataʻaho (not to be confused with the King's wife of the same name and same family), who was the daughter of Tupou ʻAhomeʻe, who was the daughter of Lātūfuipeka, the Tamahā (sister of the Tuʻi Tonga). By consequence, the King's daughter, Pilolevu, was the first woman in Tongan culture to really have the blood of the three major Royal dynasties in her veins and become the highest ranking person ever. 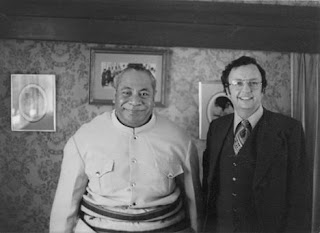 The King was a keen sportsman and religious preacher in his youth, he was educated at Newington College and studied Law at Sydney University while resident at Wesley College in Sydney, Australia. He was appointed Minister of Education by Queen Sālote in 1943, Minister of Health in 1944, and in 1949, Premier. He remained a lay preacher of the Free Wesleyan Church until his death, and in some circumstances, was empowered to appoint an acting church president. In the 1970s, he was the heaviest monarch in the world, weighing in at over 200 kg (440 pounds or 31 stones). For his visits to Germany, the German Government used to commission special chairs that could support his weight. The King used to take them home, considering them as state presents. In the 1990s, he took part in a national fitness campaign, losing a third of his weight.
The King was also quite tall, standing 6 ft 5 in (1.96 m). 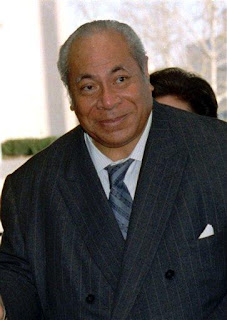 He wielded great political authority and influence in Tonga's essentially aristocratic system of government, together with the country's nobles, who control 70% of the Legislative Assembly of Tonga. His involvement in an investment scandal, however, involving his appointed court jester Jesse Bogdonoff, had in his last years embroiled the King in controversy, and led to calls for greater government transparency and democratisation. In 2005, the government spent several weeks negotiating with striking civil service workers before reaching a settlement. The king's nephew, Tuʻi Pelehake (ʻUluvalu), served as mediator. A constitutional commission presented a series of recommendations for constitutional reform to the King a few weeks before his death.
On 15 August 2006, Tongan Prime Minister Feleti Sevele interrupted radio and television broadcasts to announce that the King was gravely ill in the Mercy Hospital in Auckland and to ask the 104,000 people of the island chain to pray for their King, but he died almost a month later, at 23:34 on 10 September 2006 (New Zealand time: it was just after midnight on 11 September in Tongan time). He was 88 and had reigned for 41 years. 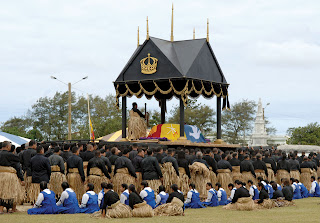