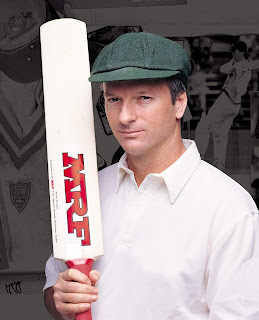 Stephen Rodger "Steve" Waugh, AO (born 2 June 1965) is a former Australian cricketer and fraternal twin of cricketer Mark Waugh. A right-handed batsman, he was also a successful medium-pace bowler. Born in New South Wales, with whom he began his first class cricket career in 1984, he captained the Australian Test cricket team from 1999 to 2004, and was the most capped Test cricket player in history, with 168 appearances, until Sachin Tendulkar of India broke this record in 2010. Though thought of in the early stages of his career as only "a moderately talented player", at one point losing his Test place to his brother Mark, Waugh went on to become one of the leading batsmen of his time. He is one of only eight players to have scored over 10,000 Test runs, led Australia to fifteen of their record sixteen consecutive Test wins, and to victory in the 1999 Cricket World Cup. He was named Australian of the Year in 2004 for his philanthropic work, and inducted into the ICC Cricket Hall of Fame in front of his home fans at the Sydney Cricket Ground in January 2010.
A popular figure in the eyes of the public, Waugh has been included in a list of one hundred Australian Living Treasures by the National Trust of Australia, awarded the Order of Australia and the Australian Sports Medal. Known as an attacking and sometimes ruthlessly efficient captain, Waugh rebuffed criticism over "manipulation of the points system" during the Cricket World Cup to ensure his team's progression, and was often critical of the media. Described in 2003 as a "cold-blooded, scientific" leader, cricket columnist of The Times Simon Barnes noted that "Waugh wants to defeat you personally." At the end of his final Test match, Waugh was carried by his team mates in a lap of honour around the Sydney Cricket Ground. 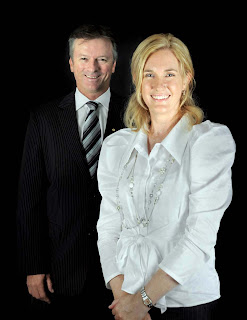 Playing Style
A shot that Waugh gradually developed (during the 1998 Commonwealth Games specifically) against spin bowling, the "slog sweep" is theoretically technically unsound, but has proven highly effective against the spinners and even against faster bowlers at times. What was also noticeable about Waugh (particularly in the Test arena) on his return to the side was his reluctance (and eventual refusal) to play, what he viewed as, the 'risky' hook shot, rather simply to either play defensively on the back foot, sway or duck out of the way. With this shot removed from Waugh's repertoire his batting developed a safer more reliable look and his Test match batting average steadily rose to around 50 for the remainder of his Test career.
Waugh's ability to continue to play despite a back injury that largely prevented him bowling further enhanced his reputation. Waugh, along with the bowling of Shane Warne and Glenn McGrath, provided perhaps the major foundation upon which the Australian team rose to become what was widely regarded as the best team in the world by the mid-1990s. He contributed to many one day victories but, often batting in the middle order, his first one-day hundred did not come until his 187th match, for Australia against Sri Lanka at Melbourne in 1995–96.
From : www.wikipedia.org
Posted by Robbyen at 6:23 AM