Adam Craig Gilchrist AM (born 14 November 1971), nicknamed "Gilly" or "Churchy", is an Australian international cricketer who currently captains Kings XI Punjab and recently captained Middlesex. He is an attacking left-handed batsman and record-breaking wicket-keeper, who redefined the role for the Australian national team through his aggressive batting. He is considered to be one of the greatest wicket-keeper-batsmen in the history of the game. He holds the world record for the most dismissals by a wicket keeper in One Day International cricket and the most by an Australian in Test cricket. His strike rate is amongst the highest in the history of both One-day and Test cricket; his century against England at Perth in December 2006 is the second fastest century in all Test cricket. He is the only player to have hit 100 sixes in Test cricket. His 17 Test and 16 ODI centuries are the most by a wicket-keeper. He holds the unique record of scoring at least 50 runs in successive World Cup finals (in 1999, 2003 and 2007) and is one of only three players to have won three titles.
Gilchrist is renowned for walking when he considers himself to be out, sometimes contrary to the decision of the umpire. He made his first-class debut in 1992, his first One-Day International appearance in 1996 in India and his Test debut in 1999. During his career, he played for Australia in 96 Test matches and over 270 One-day internationals. He was Australia's vice-captain in both forms of the game, captaining the team when regular captains Steve Waugh and Ricky Ponting were unavailable. He retired from international cricket in March 2008.
Early and personal life 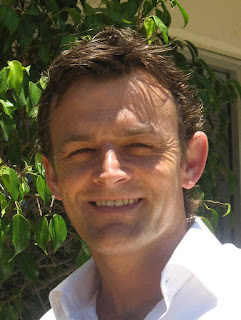 Adam Gilchrist was born in 1971 at Bellingen Hospital, in Bellingen, New South Wales. He and his family lived in Dorrigo, Junee and then Deniliquin where, playing for his school, Deniliquin South Public School, he won the Brian Taber Shield (named after New South Wales cricketer Brian Taber). At the age of 13, his parents, Stan and June, moved the family to Lismore where Gilchrist captained the Kadina High School cricket team. Gilchrist was selected for the state under-17 team, and in 1989 he was offered a scholarship by London-based Richmond Cricket Club, a scheme he now supports himself. He moved to Sydney and joined the Gordon Club in Sydney Grade Cricket, later moving to Northern Districts.
He is married to his high school sweetheart Melinda (Mel) Gilchrist (née Sharpe), a dietitian, and they have three sons: Harrison, Archie, and Ted; and a daughter, Annie Jean. Gilchrist’s personal life became newsworthy early in 2007, as his youngest child was due to be born around the scheduled start of the 2007 Cricket World Cup, and this threatened Gilchrist's presence in the early stages of the tournament in March. Archie’s early arrival (in February) meant that Gilchrist was able to declare himself available for the whole competition.
Style of play 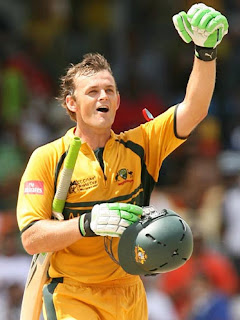 Gilchrist's attacking batting has been a key part of Australia's one-day success, as he usually opens the batting. He was a part of the successful 1999, 2003 and 2007 Cricket World Cup campaigns. Gilchrist's Test batting average in the upper 40s is unusually high for a wicket-keeper. He is currently 45th on the all–time list of highest batting averages. He maintains a Test strike-rate of 82 runs per hundred balls, the highest since balls were recorded in full. His combination of attack and consistency create one of the most dynamic world cricketers ever, playing shots to all areas of the field with uncommon timing. Gilchrist's skills as a wicket-keeper are sometimes questioned; some people would claim that he is the best keeper in Australia while Victorian wicket-keeper Darren Berry was regarded by many as the best Australian wicket-keeper of the 1990s and early 2000s.
In this role, Gilchrist is perhaps disadvantaged by his relatively tall stature for a pure wicket-keeper. However, while perhaps not as elegant as some, he has successfully kept wicket for leg spinner Shane Warne over many years, managing many stumpings, missing few catching chances, and letting through few byes. 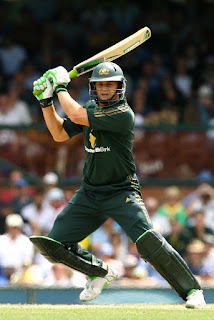 With Alec Stewart and Mark Boucher, he shares the record for most catches (6) by a wicketkeeper in a ODI, however he has now achieved this feat five times, the most recent versus India in 2008 CB Series. The match in 2007 was also the second time he took six dismissals and scored a half century in the same ODI; he remains the only player to do so even once. At Old Trafford in August 2005, he passed Alec Stewart's world record of 4,540 runs as a Test wicketkeeper, Statistically, he is currently the most successful ODI wicket-keeper in history; with 400 catches and 53 stumpings, a total of 453 dismissals, his closest rival, Mark Boucher, is more than 80 dismissals behind.
Autobiography
Gilchrist's autobiography True Colours, published in 2008, was the subject of much controversy. Gilchrist questioned the integrity of leading Indian batsman Sachin Tendulkar in relation to the evidence he presented in the Monkeygate dispute, which was about allegations of racism against Harbhajan Singh. The autobiography said that Tendulkar told the first hearing that he could not hear what Harbhajan said to Andrew Symonds; Gilchrist said he was "certain he [Tendulkar] was telling the truth" because he was "a fair way away". Gilchrist then questioned why Tendulkar then agreed with Harbhajan's claim at the second hearing that the exchange was an obscenity, and concluded that the process was "a joke". He also raised questions over Tendulkar's sportsmanship and said he was "hard to find for a changing-room handshake after we have beaten India". 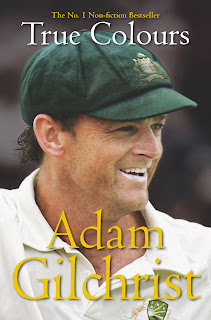 There was a backlash in India, which forced Gilchrist to clarify his position. Gilchrist later insisted that he did not accuse Tendulkar of lying in his testimony. He also denied calling the Indian a "bad sport" in regards to the handshake issue. Tendulkar responded by saying that "those remarks came from someone who doesn't know me enough. I think he made loose statements...I reminded him that I was the first person to shake hands after the Sydney defeat." The autobiography also blamed the ICC for allowing Sri Lankan cricketer Muralitharan to bowl; Gilchrist believes that ICC changed the throwing law in order to legitimise a bowling action that he regards as illegitimate. The law change was described as "a load of horse crap. That's rubbish." Gilchrist claimed that Muralitharan threw the ball and alleged that the ICC protected him because Sri Lankan cricket authorities portrayed any criticism of the bowler's legitimacy as racism and a witchhunt conducted by whites. In response to these comments, former Sri Lankan captain Marvan Atapattu said that by questioning the credentials of players like Muralitharan and Tendulkar, Gilchrist had done no good to his own reputation.
From : ww.wikipedia.org
Posted by Robbyen at 6:25 AM