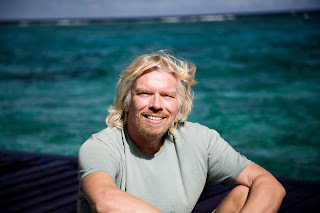 Born July 18, 1950, in Surrey, England, Sir Richard Charles Nicholas Branson struggled in school due to dyslexia. He dropped out at age 16, a decision that ultimately lead to the creation of Virgin Records.
Early Life
Born Richard Charles Nicholas Branson on July 18, 1950 in Surrey, England. His father, Edward James Branson, worked as a barrister. His mother, Eve Branson, was employed as a flight attendant. Richard, who struggled with dyslexia, had a hard time with educational institutions. He nearly failed out of the all-boys Scaitcliffe School, which he attended until the age of 13. He then transferred to Stowe School, a boarding school in Stowe, Buckinghamshire, England. Still struggling, Branson dropped out at the age of 16 to start a youth-culture magazine called Student. The publication, run by students, for students, sold $8,000 worth of advertising in its first edition, which was launched in 1966. The first run of 50,000 copies was disseminated for free, after Branson covered the costs with advertising.
By 1969, Branson was living in a London commune, surrounded by the British music and drug scene. It was during this time that Branson had the idea to begin a mail-order record company called Virgin to help fund his magazine efforts. The company performed modestly, but made Branson enough that he was able to expand his business venture, adding a record shop in Oxford Street, London. With the success of the record shop, the high school drop-out was able to build a recording studio in 1972 in Oxfordshire, England.
Virgin Records
His first artist on the Virgin Records label, Mike Oldfield, recorded his single "Tubular Bells" in 1973 with the help of Branson's team. The song was an instant smash, staying on the UK charts for 247 weeks. Using the momentum of Oldfield's success, Branson then signed other aspiring musical groups to label, including the Sex Pistols. Artists such as the Culture Club, the Rolling Stones, and Genesis would follow, helping to make Virgin Music one of the top six record companies in the world.
Business Expansion 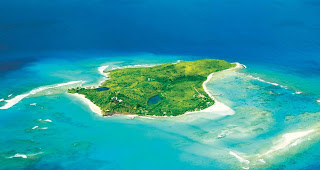 Branson expanded his entrepreneurial efforts yet again, this time to include the travel company the Voyager Group in 1980, the airline Virgin Atlantic in 1984, and a series of Virgin Megastores. But Branson's success was not always predictable. By 1992, Virgin was suddenly struggling to stay financially afloat. The company was sold later that year to THORN EMI for $1 billion. Branson was crushed by the loss, reportedly crying after the contract was signed, but remained determined to stay in the music business. In 1993, he founded the station Virgin Radio, and several years later he started a second record company, V2. Founded in 1996, V2 now includes artists such as Powder Finger and Tom Jones.
Branson's Virgin Group now holds more than 200 companies in over 30 countries including the United Kingdom, the U.S., Australia, Canada, Asia, Europe and South Africa. He has expanded his businesses to include a train company, a luxury game preserve, a mobile phone company, and a space tourism company, Virgin Galactic. Space flights will begin in 2009.
Branson is also known for his sporting achievements, notably the record-breaking Atlantic crossing in Virgin Atlantic Challenger II in 1986, and the first crossing by hot-air balloon of the Atlantic (1987) and Pacific (1991). He was knighted in 1999 for his contribution to entrepreneurship, and in 2009 he landed at No. 261 on Forbes' World Billionaires list with his $2.5 billion in self-made fortune, which includes two private islands.
Branson is married to his second wife, Joan Templeman, with whom he has two children: Holly and Sam. He currently lives in London.
From : www.biography.com
Posted by Robbyen at 11:21 PM