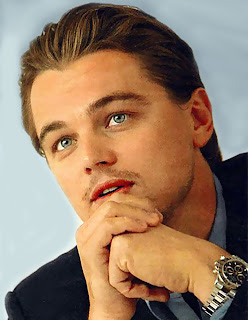 Born November 11, 1974, in Los Angeles, California, Leonardo DiCaprio is an American actor known for his good looks and edgy, unconventional roles. Acting since age 5, DiCaprio is an ever-evolving presence on the big screen, working with such notables as Martin Scorsese (The Departed and others) and Steven Spielberg (Catch Me if You Can) and being nominated for three Oscar awards.
Profile
Actor. Born Leonardo Wilhelm DiCaprio on November 11, 1974, in Los Angeles, California, to parents Irmelin and George DiCaprio. The couple's only child, DiCaprio was just a year-old when his parents separated, leaving the young boy to largely be raised by his mother, a legal secretary born in Germany.
Despite his parents' early divorce, DiCaprio remained close to his father, a comic book artist and distributor. With his parents urging Leonardo explored his creative side. Acting caught his attention early and at the age of five he landed a spot on the children's television show, Romper Room. Commercial work soon followed.
"I knew I didn't want to be one of the set things they said I should be at school," DiCaprio told The New York Times in 1993. "Doctor, lawyer, blah blah blah." He signed with an agent who recommended DiCaprio change his name to Lenny Williams. But in an early sign that the actor would push to do things his own way, Leonardo didn't bite.
His stubbornness paid off. By the early 1990s, DiCaprio began landing regular television work. The credits included programs like The New Lassie, Roseanne, and the short-lived Parenthood.
In 1991, DiCaprio took a leap forward when he was cast as a semi-regular on the ABC comedy, Growing Pains. That same year, he made his film debut in the low-budget horror flick, Critters 3. 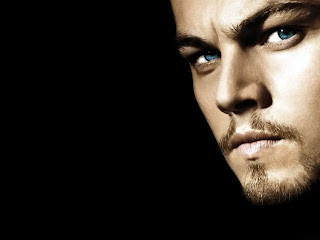 Two years later, DiCaprio proved to the critics that he was more than a good looking teenager, when he played opposite Robert De Niro in This Boy's Life, a role he'd secured after beating out 400 other actors. That same year he turned heads again and earned an Academy Award nomination for best supporting actor for his role as a mentally disabled child in What's Eating Gilbert Grape?.
His performance solidified DiCaprio's reputation as a serious actor and a heartthrob. Other movies followed, including a pair of 1995 releases, The Basketball Diaries and Total Eclipse.
Then came 1997 and the mammoth movie (Titanic) about a mammoth boat that turned DiCaprio into a mammoth star. Co-starring Kate Winslet, Titanic smashed box office records on its way toward raking in more than $600 million in ticket sales. The film also pushed its male lead toward a level of celebrity that few actors could be ready for.
"I got to be wild and nuts," DiCaprio told Rolling Stone in 2010. He added: "I didn't care what anyone thought."
Still, DiCaprio was levelheaded enough to know there were certain pitfalls to avoid. Enough of that had been drilled into him a few years before with the death of River Phoenix, an actor DiCaprio greatly admired.
"It was also about avoiding the tornado of chaos, of potential downfall," he told Rolling Stone. "It was, 'Wow, how lucky are we to not have hung out with that crowd or done those things?' My two main competitors in the beginning, the blond-haired kids I went to audition with, one hung himself and the other died of a heroin overdose... . I was never into drugs at all. There aren't stories of me in a pool of my own vomit in a hotel room on the Hollywood Strip."
Notoriety such as being named one of PEOPLE's 50 Most Beautiful People in 1997 and again in 1998, did little for him. "You want to be remembered for your work rather than being sort of the hunk of the month," he said at the time. "There's always a new pretty face." 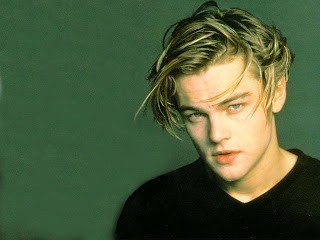 DiCaprio backed up his words, becoming increasingly selective about the movies he was willing to attach his name to. Over the next few years his films included The Man in the Iron Mask (1998) and the disappointing, The Beach (2000), which nabbed just $40 million at the box office, despite paying its leading star some$20 million to be in it.
In 2002, DiCaprio again demonstrated his range as an actor in two noteworthy films, Catch Me if You Can and Gangs of New York, the latter serving as the first of several films he'd go on to do with director Martin Scorsese. Two years later, he took on the difficult task of playing Howard Hughes in The Aviator.
As the new decade took shape, so did DiCaprio's willingness to take on increasingly daring roles. In 2006 he starred in a pair of well-received films, Blood Diamond, and the Martin Scorsese directed, The Departed.
In 2008 DiCaprio reunited with Kate Winslet in Revolutionary Road, a tense film about a 1950s suburban couple that struggles to weather a myriad of personal problems.
As the actor's star power has glowed, so has the glare on his personal life. For several bumpy years his relationship with supermodel Gisele Bundchen was fodder for celebrity magazines and Web sites.
Off-screen and away from the attention of the paparazzi DiCaprio has demonstrated his passion for environmental issues. In 2000 he hosted an Earth Day celebration as well interviewed President Bill Clinton for a television segment about global warming. He's also served on the boards of the Natural Resources Defense Council and Global Green USA. In 2007 a documentary about the environment, which DiCaprio wrote and narrated, debuted. In addition, the actor is one of the founders of The Leonardo DiCaprio Fund at California Community Foundation, a non-profit that supports environmental causes.
None of this, however, has slowed his filmmaking career. He's on tap to play a real-life killer in the film adaptation of the best-selling novel, The Devil in the White City. In addition, he's slated to star as well produce Legacy of Secrecy, a feature that delves deep into the assassination of President Kennedy.
From : www.biography.com
Posted by Robbyen at 2:02 AM