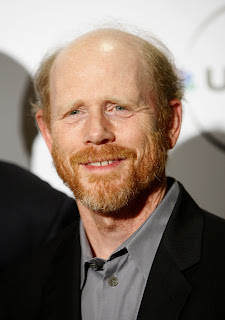 Ron Howard is a highly-acclaimed American actor and director. He appeared on screen for the first time when he was just 18 months old. When he was six, he was cast as Opie on The Andy Griffith Show. In his teens, he starred on Happy Days. He was always intrigued by film making, and later moved from on-screen to behind the scenes, directing the award-winning films Frost/Nixon and A Beautiful Mind.
Showbiz Background
Actor, director, producer. Born on March 1, 1954 in Duncan, Oklahoma. Ronald William Howard is part of a theatrical family; his mother, Jean, was an actress and father Rance was an actor and director.
Howard appeared in his first movie, Frontier Woman (1956), when he was just 18 months old, and made his stage debut at the age of two in a production of The Seven Year Itch. The child star began making frequent television appearances, and was subsequently cast opposite Yul Brynner, Deborah Kerr and Jason Robards in 1959's The Journey. His performance earned him regular roles on CBS's Playhouse 90, where he caught the eye of Sheldon Leonard, the producer behind the sitcom, The Andy Griffith Show.
On October 3, 1960, Howard first appeared as Andy Griffith's son, Opie, on The Andy Griffith Show, a role that earned him nationwide fame. Throughout this early success, Howard's family provided a grounding influence and asserted that Howard should be able to experience his childhood. They limited Howard's work schedule, and only allowed him to perform in a small number of productions during the show's off-season, such as The Music Man (1962) and The Courtship of Eddie's Father (1963).
At his father's request, Howard maintained a public school education at John Burroughs High School and, around this time, began to dabble in amateur filmmaking with a Super-8 camera. On the sets of his various productions, Howard quizzed crews about the technical aspects of directing.
Happy Days 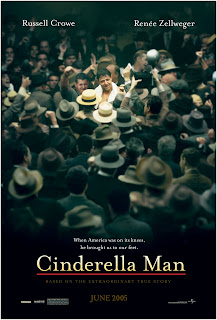 When The Andy Griffith Show ended in 1968, Howard followed it with 1971's The Smith Family, where he starred opposite Henry Fonda. Fonda encouraged Howard's ambition, and when he graduated from high school in 1972, he matriculated at the University of Southern California's film school. Howard's time there was short-lived; soon after enrolling, he landed a role in American Grafitti (1973), George Lucas' seminal teen film. The movie spawned a 50s revival craze which, in turn, led to the hit show Happy Days. The 1974 series featured Howard in its leading role, and his turn as Richie Cunningham elevated him to superstardom.
During the show's run, Howard wed high school sweetheart Cheryl Alley in 1975. He also appeared in productions on the side, including John Wayne's final film The Shootist (1976). During this time, Howard brokered a deal with producer Roger Corman: Howard would star in Corman's Eat My Dust (1976) and, in return, Corman would help Howard direct his first major film project. The collaboration led to Grand Theft Auto (1977), which not only helped Howard to cut his chops behind the camera, but also spurred him to found his own company, Major H Productions. Three years later he inked a three-year deal with NBC, and produced and directed several programs for the network.
Producer
Howard's wife gave birth to their daughter, Bryce, in 1981, the first of the couple's four children. That same year, Howard met producer Brian Grazer. In 1982, the two teamed up to direct and produce Night Shift, a dark comedy starring Howard's Happy Days co-star Henry Winkler. Howard and Grazer partnered again two years later for Splash, the hit romantic comedy featuring Tom Hanks, Darryl Hannah and John Candy. The film established Howard as a director, and he went on to helm 1985's Academy Award-winning Cocoon. 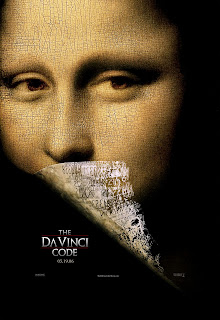 He and Grazer solidified their relationship in 1986, and the duo co-founded Imagine Films Entertainment. The company has been the powerhouse behind hits including the Howard-directed Willow (1988), Parenthood (1989), Backdraft (1991), Apollo 13 (1995) and Ransom (1996).
In 1998, Howard began expanding his company's efforts to television productions with the drama, Felicity. The show, about a young girl's foray into college life, became wildly popular with teens. Its success led the company to start more television series, including the 2001 action/adventure drama, 24. The series, which examines 24 hours in the life of government employee Jack Bauer as he handles domestic threats, also became a hit with fans. It is currently in its seventh season.
Howard produced A Beautiful Mind in 2002, which earned him an Academy Award for Best Director, an Academy Award for Best Picture, and a Golden Globe for Best Film. The next year, he worked as the anonymous narrator and executive producer for another television show—the heady comedy, Arrested Development. The show was nominated for multiple awards, and won Howard an Emmy award for Outstanding Comedy Series in 2004.
Blockbuster Hits
The next year Howard directed the boxing drama Cinderella Man, which was nominated for more than 22 awards. He followed the critical success of the film with his blockbuster hit The Da Vinci Code (2006). The film grossed more than $750 million worldwide, and was nominated for a Golden Globe.
Howard received an Oscar nod for Best Director in 2008 for Frost/Nixon, a film exploring the post-Watergate TV interviews between British talk-show host David Frost and former president Richard Nixon. He is also the director of 2009's Angels & Demons, the sequel to The Da Vinci Code.
From : www.biography.com
Posted by Robbyen at 10:13 PM