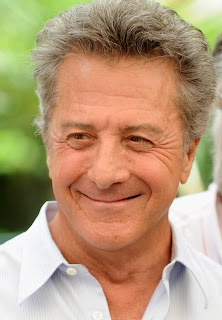 Dustin Hoffman (born 1937) began acting at the Pasadena Playhouse, where he met fellow actor Gene Hackman. After a string of bit parts in television shows and films, he got his break with 1967's The Graduate. After ten more films and three nominations, Hoffman won the Oscar for Kramer vs. Kramer (1979). Other notable movies include Tootsie (1982), Rain Man (1988), and Meet the Fockers (2004).
Early Life
Dustin Lee Hoffman was born in Los Angeles, California, on August 8, 1937, to Lillian and Harry Hoffman. Though the family is Jewish, Hoffman and his brother were not raised in a religiously observant family. When asked about the family's observance of the holidays, Hoffman once said, "About the time I realized we were Jews, maybe when I was about 10, I went to the delicatessen and ordered bagels and draped them around the tree."
Hoffman's acting career began when at age 19 he dropped out of college to pursue the stage at the Pasadena Playhouse. There, Hoffman befriended another young actor, Gene Hackman. Eventually, the two would move to New York City together, looking for work in television and in off-Broadway plays. An unconventional-looking actor for the time period, Hoffman had difficulty getting roles in an industry primarily looking for pretty faces. To make ends meet, he took got odd jobs and the occasional bit role to pay the bills. He later recounted, "I lived below the official American poverty line until I was 31."
Acting Career 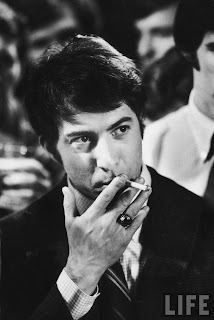 Slowly but surely, Hoffman began building a critical reputation through smaller roles. Soon word of mouth reached Hollywood and in 1966 Mike Nichols invited the young actor to do a screen test for his upcoming movie The Graduate. Beating out Hollywood heavyweights like Robert Redford and Charles Grodin, Hoffman was stunned when he received news that he had gotten the lead role in the film. The enormously popular movie changed the landscape of American cinema in the 1960s and would in turn make Hoffman an unlikely star.
Before returning to the big screen, the newly minted Academy Award nominee acted in a few Broadway productions, one of which garnered him a Drama Desk Award for Outstanding Performance. In 1969, Hoffman struck gold again with the gritty Midnight Cowboy, in which he played the part of Ratso Rizzo, a homeless man in New York City. This performance won him a second Oscar nomination.
On a roll in the 1970s, Hoffman acted in more than 10 movies and, after three nominations, finally won an Oscar for his performance in Kramer vs. Kramer (1979). The movie, which costarred Meryl Streep, went on to win numerous Academy Awards. When asked about working with the talented actress, Hoffman said, "She's an ox when it comes to acting. She eats words for breakfast. Working with her is like playing tennis with Chris Evert—she keeps trying to hit the perfect ball."
In 1982, playing yet another antihero, Hoffman starred in Tootsie as Michael Dorsey, a down and out actor who must dress up as a woman to get a part on a daytime soap opera. This performance would earn him his fifth Oscar nomination.
After a brief but successful return to the stage in Death of a Salesman and The Merchant of Venice, Hoffman starred in his huge Hollywood smash, Rain Man, in 1988 alongside Tom Cruise. Hoffman's portrayal of an autistic genius remains one of his most iconic performances. 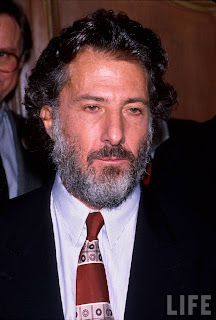 The 1990s brought appearances a series of big-budget movies that proved largely disappointing at the box office. Hoffman's next critically acclaimed role wouldn't come around until 1997 with the political satire, Wag the Dog. In this role, the Academy Award winner masterfully played an unscrupulous Hollywood executive out to fool the country into believing they were at war. In 2004, Hoffman again exhibited his comedic prowess when he starred with Lily Tomlin in an offbeat movie about a detective team that solves existential crises, I Heart Huckabees. Further cementing his new direction, he later starred in the Meet the Fockers trilogy and the children's fantasy Mr. Magorium's Wonder Emporium.
Hoffman continues to star in blockbuster films like Stranger than Fiction (2006), but also seeks out new and different projects, such as lending his voice to animated children's movies (Kung Fu Panda) and narrating documentaries.
With his characteristic dry humor, Hoffman once mused, "One thing about being successful is that I stopped being afraid of dying. Once you're a star you're dead already. You're embalmed."
Personal Life
Apart from collecting critical acclaim for his professional work, Hoffman also found time to marry Anne Byrne in May of 1969. Their adopted daughter Karina was born in 1966 and a second daughter Jenna would be born in 1970. After more than 10 years of marriage, Hoffman and his first wife Anne divorced in 1980. Soon after, he married attorney Lisa Gottsegen. They would go on to have three children, Jacob Edward, Maxwell Geoffrey, and Alexandra Lydia.
From : www.biography.com
Posted by Robbyen at 9:38 PM