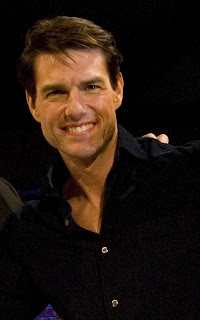 Born Thomas Cruise Mapother IV, on July 3rd, 1962, in Syracuse, New York, Tom Cruise became interested in acting when he won the lead in a high school production of Guys and Dolls. His role in 1981's Taps, his second film, caught critics' attention, and he eventually went on to star in many box office hits. He is currently married to his third wife, Katie Holmes, with whom he has a daughter, Suri.
Early Life
Actor. Born Thomas Cruise Mapother IV, on July 3rd, 1962, in Syracuse, New York, to Mary and Thomas Mapother. Cruise's mother was an amateur actress and schoolteacher, and his father was an electrical engineer. His family moved around a great deal when Cruise was a child in order to accommodate his father's career.
Cruise's parents divorced when he was 11, and the children moved with their mother to Louisville, Kentucky, and then to Glen Ridge, New Jersey, after her remarriage. Like his mother and three sisters, Cruise suffered from dyslexia, which made academic success difficult for him. He excelled in athletics, however, and considered pursuing a career in professional wrestling until a knee injury sidelined him during high school.
At age 14, Cruise enrolled in a Franciscan seminary with thoughts of becoming a priest, but he left after a year. When he was 16, a teacher encouraged him to participate in the school's production of the musical Guys and Dolls. After Cruise won the lead of Nathan Detroit, he found himself surprisingly at home on the stage, and a career was born.
Breaking into Acting 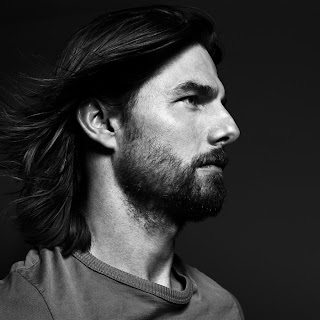 Cruise set a 10-year deadline for himself in which to build an acting career. He left school and moved to New York, struggling through audition after audition before landing an appearance in 1981's Endless Love, starring Brooke Shields. Around this same time, he snagged a small role in the military school drama Taps (1981), co-starring Sean Penn.
His role in Taps was upgraded after director Harold Becker saw Cruise's potential. His performance caught the attention of a number of critics and filmmakers. In 1983, Cruise appeared in The Outsiders , directed by Francis Ford Coppola. He starred alongside Emilio Estevez, Matt Dillon, and Rob Lowe—all prominent members of a group of young actors the entertainment press dubbed the "Brat Pack." The film was not well received, but it allowed Cruise to work with an acclaimed director in a high-profile project.
A-list Star
His next film, Risky Business (1983), grossed $65 million. It also made Cruise a highly recognizable actor—thanks in no small part to a memorable scene of the young star dancing in his underwear.
In 1986, after a two-year hiatus, the budding actor released the big-budget fantasy film Legend, which did poorly at the box office. That same year, however, Cruise's A-list status was confirmed with the release of Top Gun, which co-starred Kelly McGillis, Anthony Edwards, and Meg Ryan. The testoterone-fueled action-romance, set against the backdrop of an elite naval flight school, became the highest grossing film of 1986.
Cruise followed the tremendous success of Top Gun with a string of both critically acclaimed and commercially successful films. Cruise first starred in The Color of Money (1986), with co-star Paul Newman, then went on to work with Dustin Hoffman on the hit film, Rain Man (1988). His next role as Vietnam Vet Ron Kovic in the biopic, Born on the Fourth of July (1989), earned Cruise an Academy Award nomination and a Golden Globe for Best Actor.
Personal Life 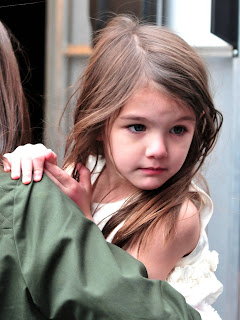 Cruise married actress Mimi Rogers in 1987. It was through Rogers that the actor became a student of Scientology, the religion founded by writer L. Ron Hubbard. Cruise later credited the church with curing his dyslexia. But while Cruise's spiritual life flourished, his marriage was quickly dissolving. Rogers and Cruise divorced in 1990.
That same year, Cruise made the racecar drama Days of Thunder with Australian actress Nicole Kidman. Though the movie was unpopular among critics and fans alike, the two lead actors had real chemistry. On Christmas Eve in 1990, after a brief courtship, Cruise and Kidman married in Telluride, Colorado.
Hollywood's Leading Man
In 1992, Cruise proved once more that he could hold his own opposite a screen legend when he co-starred with Jack Nicholson in the military courtroom drama, A Few Good Men. The film grossed more than $15 million its first weekend, and earned Cruise a Golden Globe nomination. Over the next several years, Cruise made several more well-received movies, including The Firm (1993) and Interview with a Vampire (1994) co-starring Brad Pitt.
Next, Cruise hit the big screen with two huge hits—the $64 million blockbuster, Mission: Impossible (1996), which Cruise also produced, and the highly acclaimed Jerry McGuire (1996), directed by Cameron Crowe. For the latter, Cruise earned a second Academy Award nomination and Golden Globe for Best Actor.
Cruise and Kidman spent much of 1997 and 1998 in England shooting Eyes Wide Shut, an erotic thriller that would be director Stanley Kubrick's final film before his death in 1999. The movie was released in the summer of 1999 to mixed reviews. That same year, Cruise appeared in the ensemble film Magnolia. His performance in the movie as a self-confident sex guru earned him another Golden Globe award and an additional Academy Award nomination for Best Supporting Actor.
Cruise then starred in the long-awaited smash hit Mission: Impossible 2 in 2000 alongside Anthony Hopkins, Thandie Newton, and Ving Rhames. In 2002, he starred in his second collaboration with director Cameron Crowe, Vanilla Sky, as well as Stephen Spielberg's Minority Report.
Cruise began 2003 with a trip to Australia to shoot the $100 million film, The Last Samurai. Then in 2005, he teamed up with Steven Spielberg again for the mega-hit, War of the Worlds
Jumping the Couch
Over the next several years, Cruise and Kidman found themselves fiercely defending the happiness and legitimacy of their marriage. They filed two different lawsuits against tabloid publications for stories they considered libelous. In each case the couple received a published retraction and apology, along with a large monetary settlement which they donated to charity. 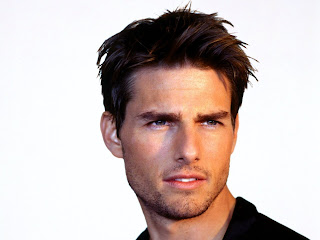 On February 5th, 2001, Cruise and Kidman announced their separation after 11 years of marriage. The couple cited the difficulties involved with two acting careers, and the amount of time spent apart while working. Cruise filed for a divorce shortly thereafter. The publicity surrounding the surprising breakup continued throughout the spring, as Kidman's publicist confirmed that the actress suffered a miscarriage roughly one month after the separation was announced. The divorce was finalized in August 2001.
Following the divorce, Cruise briefly dated his Vanilla Sky co-star, Spanish actress Penelope Cruz, followed by a much-publicized relationship with actress Katie Holmes. A month after his ties to Holmes became public, Cruise professed his love for the actress in a now-famous appearance on the Oprah Winfrey Show. During the interview, he jumped on Winfrey's sofa, shouting "Yes!" then pulled a shy Holmes onto the stage.
In June of 2005, after a two-month courtship, Cruise proposed to Holmes in a restaurant at the top of the Eiffel tower. He then announced the couples' engagement to a crowd of reporters. Several months later, in October of 2005, Cruise and Holmes announced that they were expecting their first child together.
The hasty proposal and surprise pregnancy quickly became tabloid gossip. But Cruise made even bigger headlines that year as an outspoken advocate for Scientology. He openly criticized former co-star Brooke Shields for using anti-depressants during her recovery from postpartum depression. He also denounced psychiatry and modern medicine, claiming Scientology held the key to true healing. Cruise's statements led to a heated argument with news anchor Matt Lauer on The Today Show in June of 2005. Cruise later apologized for the incident.
Recent Projects
Despite his professional setbacks, Cruise appeared in the Steven Spielberg-directed remake of the science fiction classic, War of the Worlds (2005), later that year. The film grossed more than $230 million at the box office.
In 2006, Cruise and Holmes welcomed daughter Suri into the world. That same year, the pair got married in an Italian castle. Such stars as Will Smith, Jada Pinkett Smith, Jennifer Lopez, and Victoria and David Beckham attended the wedding.
His next effort, Mission: Impossible 3 (2006), also scored well with audiences. However, Cruise was faced with a professional setback in August when Paramount Pictures ended its 14-year relationship with the actor. The company's chairman cited Cruise's erratic behavior and controversial views as the reason for the split. Yet industry experts say Paramount more likely ended the partnership over Cruises high earnings from the Mission: Impossible franchise.
Cruise quickly rebounded and by November 2nd, 2006, Cruise announced his new partnership with film executive Paula Wagner and the United Artists film studio. Cruise agreed to star in and produce films released by United Artists while Wagner served as CEO. Their first production as a team was the political drama Lions for Lambs (2007). Unfortunately, the movie proved to be a commercial disappointment despite its strong cast, which included Meryl Streep and Robert Redford.
Taking a break from weighty material, Cruise delighted audiences with his small role in the hit comedy Tropic Thunder (2008), starring Robert Downey Jr. and Ben Stiller. He obscured his trademark good looks to play a balding, obese movie studio executive.
In December of 2008, Cruise released his second project through United Artists. The film, entitled Valkyrie, was a World War II drama about a plot to assassinate German leader Adolf Hitler. Cruise starred as a German army officer who became involved in the conspiracy.
From : www.biography.com
Posted by Robbyen at 7:09 AM