Modern Australia was founded with the influx of European settlers just over two hundred years ago, but the Aborigines inhabited the continent for tens of thousands of years before that.

They numbered a few hundred thousand before the European influx. But two centuries of discrimination and expropriation followed, and at one point the indigenous population fell as low as 60,000.
Australia's politicians at first looked to Europe and the US in foreign policy, but in the past 20 years or so they have made their near neighbours a priority.
Overview
The British founded the first European settlement in 1788 and named it Sydney. Many of the first settlers were convicts, but free settlers started to arrive in increasing numbers, particularly after the discovery of gold in the mid-19th century. 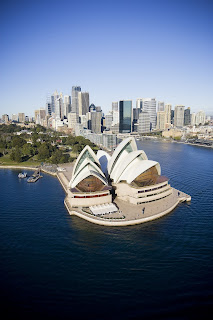 Today, just over 90% of the population are of European descent, with less than 3% descended from the indigenous Aboriginal population.
The government formally apologised in 2008 for the past wrongs committed against the indigenous Australians, who still suffer from high rates of unemployment, imprisonment and drug abuse.
The gradual dismantling of the "White Australia" immigration policy in the decades after World War II heralded an increase in the number of non-European arrivals.
Migration continues to shape Australia and is a politically-sensitive issue. The country has taken a tough stance on unauthorised arrivals.
Originally composed of six separate colonies of the British Empire, Australia's path to independent statehood began with the formation of a common federal state in 1901, and was largely complete by World War II. The last few remaining constitutional links with the United Kingdom were severed in 1986.
However, Australia remains part of the British Commonwealth, and the UK monarch remains the formal head of state, represented by the governor-general, who has a largely ceremonial role. 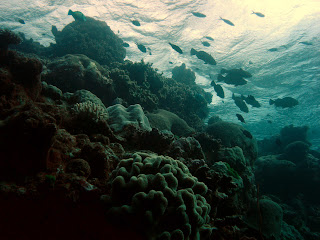 There is an influential republican movement and the debate over future of the monarchy is a recurring issue in Australian politics. In a 1999 referendum, nearly 55% of Australians voted against becoming a republic.
The country has federal structure, with the six states retaining extensive powers, particularly over education, police, the judiciary and transport.
Australia's growing orientation towards its Asian neighbours is reflected in its economic policy. It is a key member of Apec, the Asia Pacific Economic Cooperation forum, and aims to forge free trade deals with China and Asean, the Association of Southeast Asian Nations.
It has also played a bigger regional role, mediating between warring groups in Papua New Guinea and the Solomon Islands, as well as deploying thousands of peacekeepers in newly-independent East Timor.
The island continent combines a wide variety of landscapes. These include deserts in the interior, hills and mountains, tropical rainforests, and densely-populated coastal strips with long beaches and coral reefs off the shoreline.
Isolated from other continents, Australia has an abundance of unique plant and animal life.
Facts
* Full name: Commonwealth of Australia
* Population: 21.5 million (UN, 2010)
* Capital: Canberra
* Largest city: Sydney
* Area: 7.7 million sq km (2.9 million sq miles)
* Major language: English
* Major religion: Christianity
* Life expectancy: 80 years (men), 84 years (women) (UN)
* Monetary unit: 1 Australian dollar = 100 cents
* Main exports: Ores and metals; wool, food and live animals; fuels, transport machinery and equipment
* GNI per capita: US $43,770 (World Bank, 2009)
* Internet domain: .au
* International dialling code: +61
Leaders
Head of state: Queen Elizabeth II, represented by a governor-general
Prime minister: Julia Gillard 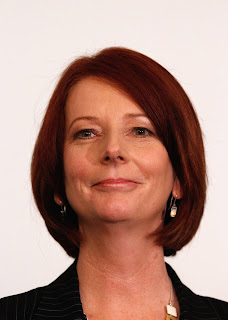 Julia Gillard became Australia's first woman prime minister in June 2010 after the once hugely popular Kevin Rudd fell to a party coup less than three years after taking office.
Ms Gillard called a snap election in August to try restore her Labor Party's fortunes. However, the closely fought contest failed to produce an outright winner.
After weeks of political deadlock, Ms Gillard managed to cling to power by the narrowest of margins, when two independent members of parliament finally decided to back her as the head of a minority government - the first in Australia for seventy years.
Aged 48 at the time of taking office, Ms Gillard was born in Barry in south Wales, United Kingdom, and emigrated to Australia with her parents in the 1960s. She was motivated to seek the prime ministership out of fear that the ruling Labor party would lose the forthcoming election. 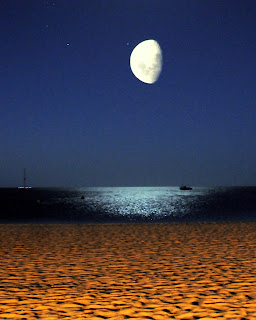 Her predecessor, Mr Rudd, started the year as the most popular Australia leader in thirty years, but his approval ratings collapsed after he shelved his flagship environmental policy, an emissions trading scheme. In a country that favours battlers, many regarded it as an act of political cowardice.
Ms Gillard has long attracted headlines for her hair, restyled and dyed an auburn shade instead of its natural ginger, her partner who is a hairdresser and her decision not to have children.
One conservative MP even once remarked her unmarried status made her unfit to govern. He later apologised for the comment but, in the socially conservative heartland of middle-class Australia, it can be an issue.
The straight-talking lawyer, known for her wit and savage put-downs, has forged a reputation as a formidable parliamentary performer since taking on the demanding employment and education portfolios under Rudd.
From : BBC News
Posted by Robbyen at 5:44 PM