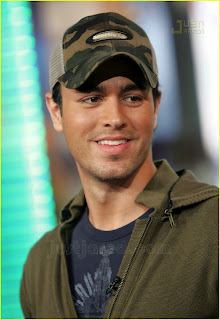 Enrique Iglesias (born Enrique Miguel Iglesias Preysler; May 8, 1975) is a Spanish singer, songwriter and occasional actor, popular in both the Latin market and the Hispanic American market in the United States. He is the son of the famous Spanish singer Julio Iglesias. Within five years of beginning his musical career in the 1990s, he became the biggest seller of Spanish-language albums of that decade. He made his crossover into the mainstream English language market before the turn of the millennium, signing a multi-album deal with Universal Music Group for an unprecedented US$50,000,000 with Universal Music Latino to release his Spanish albums and Interscope to release English albums. In 2010, he parted with Interscope and signed with another Universal Music Group label, Universal Republic.
Iglesias has sold over 100 million records worldwide, making him one of the best selling Spanish language artists of all time. He has had five Billboard Hot 100 top five singles, including two number-ones, and holds the record for producing 22 number-one Spanish-language singles on the Billboard's Hot Latin Tracks. He has also had ten number-one songs on Billboard's Dance charts, more than any other single male artist. Altogether, Iglesias has amassed 55 number-one hits on the various Billboard charts. Billboard has called him The King of Latin Pop and The King of Dance. Billboard also named Enrique the number two Latin artist of the years 1986–2011 (Luis Miguel taking the first spot).
Early Life 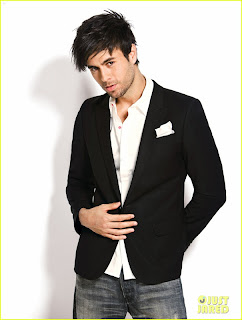 Iglesias was born in Madrid, Spain, and is the third and youngest child of singer Julio Iglesias and socialite and magazine journalist Isabel Preysler. His mother is a Spanish Filipino and his father is of Spanish ancestry from Galicia. His parents' marriage was annulled in 1979.
In 1986, Iglesias' grandfather, Dr. Julio Iglesias Puga, was kidnapped by the armed Basque separatist group ETA. For their safety, Enrique and his brother, Julio Iglesias, Jr., were sent to live with their father in Miami. He also lived in Belgrade, Serbia, for one year with his mother. As his father's career kept him on the road, the young Iglesias was raised by the family nanny. He attended Gulliver Preparatory School and went on to study business at the University of Miami.
Iglesias did not want his father to know about his plans for a musical career and did not want his famous surname to help advance his career. He borrowed money from his family nanny and he recorded a demo cassette tape which consisted of a Spanish song and two English songs. 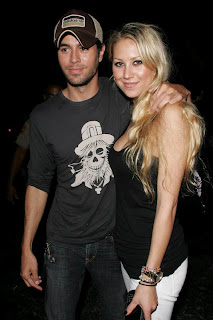 Approaching his father's former publicist, Fernan Martinez, the two promoted the songs under the stage name 'Enrique Martinez' with the backstory of being an unknown singer from Guatemala. Iglesias was signed by a record label called Fonovisa. After dropping out of college, he went to Toronto to record his first album.
Personal Life
Iglesias started dating tennis player Anna Kournikova in late 2001 (she appeared in his video, "Escape"), and rumors that the couple had secretly married circulated in 2003 and again in 2005. Kournikova herself has consistently refused to directly confirm or deny the status of her personal relationships. But in May 2007, Enrique Iglesias was (mistakenly, as he would clarify later) quoted in the New York Sun that he had no intention of marrying Kournikova and settling down because they had split up. The singer would later deny these rumors of "divorce" or simply separation. In June 2008, Iglesias told the Daily Star that he had married Kournikova the previous year and that they are currently separated. In an interview with Graham Norton in 2010, Kournikova confirmed that she and Iglesias have been together for over eight years but have no plans to marry in the near future. Kournikova and Iglesias have been in a long term on/off relationship for 10 years now.
From : www.wikipedia.org
Posted by Robbyen at 9:14 PM