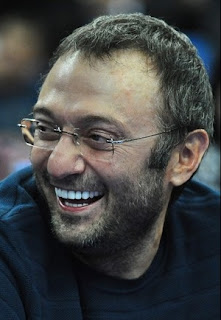 Suleyman Abusaidovich Kerimov (Lezgian, born March 12, 1966 in Derbent, Dagestan, USSR) is a member of the Federation Council of Russia, a businessman, an investor and an active philanthropist. He has a degree in financial accounting and economics from Dagestan State University.
From 1999 to 2007, Kerimov served as a Deputy of the State Duma, the lower chamber of the Russian Parliament. He was Deputy Chairman of the Committee on Physical Education, Youth and Sports and also a member of the State Duma’s Security Committee. On Dec. 10, 2007, he became a Member of the Federation Council of the Russian Federation, the upper chamber of the Russian Parliament. He now serves as a member of the Financial Markets and Monetary Circulation Committee.
Kerimov is currently listed as number 118 on Forbes' list of the World’s Billionaires, with a reported net worth of $7.8 billion.
Investments
A self-made investor, Kerimov earned his success by building a diverse investment portfolio made up of both public and private interests.
In 1993, Kerimov helped to establish Fedprombank, which positioned him to finance lagging industries in need of cash. He became a creditor to large utility companies, allowing them to continue to provide key services, and he earned significant returns once the economy stabilized and the debts were repaid.
At the end of 1999, Kerimov acquired Nafta-Moskva, which was established in 1994 as a successor to the Soviet oil trader Soyuzneftexport. He assumed full control over the company in 2000. Kerimov undertook a mass restructuring of the company, selling off all of the oil-related aspects and creating an investment and holding company.
In 2003, Kerimov began investing heavily in blue-chip Russian companies such as Gazprom and Sberbank, diversifying later into the investments portfolios consisting of Western financial institutions and industrial companies. Kerimov sold most of those investments in 2008. 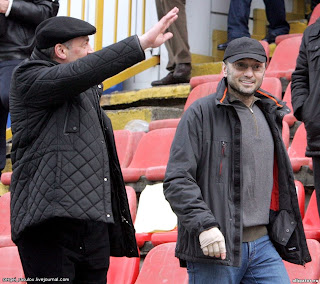 In December 2005, Kerimov bought Polymetal, one of the country's largest gold and silver mines. In 2007, he took the company public on the London Stock Exchange, and later selling his 70 percent stake in June 2008 to a group of Russian investors.
At the beginning of 2009, Kerimov bought 37% of Polyus Gold, a large Russian gold producer, from Vladimir Potanin. Currently, Kerimov and Michael Prokhorov together control up to 80% in the company.
In September 2010, potash mining company Uralkali, in which Kerimov holds a 25 percent stake, was in talks with Chinese chemical maker Sinochem over a possible joint bid for Potash Corp., the world's largest fertilizer producer. However, those negotiations reportedly have stalled due a lawsuit filed in Cyprus.
Also in 2010, Kerimov became involved in an ongoing legal dispute relating to ownership of the Hotel Moskva (Moscow) project in Russia. As a result of the dispute, in September 2010 the District Court in Nicosia, Cyprus imposed a freezing order on a number of Kerimov's Cyprus-based assets. This included his shares in the potash mining company Uralkali, as well as Polyus Gold. However, the freezing order was reversed in February of 2011, when the same court ruled that the plaintiffs in the case had failed to provide sufficient grounds for maintaining an interim freezing order.
In January 2011, he purchased the Russian Premier League football team FC Anzhi Makhachkala.
Personal
Kerimov is married and has three children. A lifelong athlete and supporter of youth sports, Kerimov currently serves as Chairman of the Board of Trustees of the Russian Wrestling Federation. He has served in this position since the board was created in 2006.
On November 26, 2006, in Nice, France Kerimov was seriously injured in a road accident on the Promenade des Anglais. He suffered severe burns from this accident followed by prolonged recovery.
Philanthropy 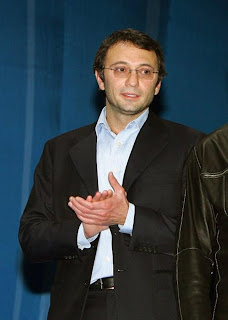 Following his car crash and resulting medical treatment for severe burns, Kerimov donated €1 million to the non-profit organisation Pinocchio. The non-profit organisation, which works with children suffering from burns, has an annual budget of between €250,000-300,000.
In 2007, Kerimov founded The Suleiman Kerimov Foundation with the vision to help lives by investing in initiatives that strengthen communities and help those in need. The foundation supports projects all over the world, with particular emphasis on Russia and Russian communities. Between its 2007 and 2009, the foundation made donations totaling over $164 million in support of worthwhile projects and causes.
On December 17, 2010, the press reported that Kerimov will spend $100 million on the construction of an advanced comprehensive school west of Moscow "for educating forward-minded children from different social groups.” The school will include a modern sports complex with a swimming pool, a skating-rink, a giant dance floor, as well as a residential area for gifted children from the provinces.
The Suleiman Kerimov Foundation has directed over $60 million to charitable causes.
From : www.wikipedia.org
Posted by Robbyen at 7:54 AM