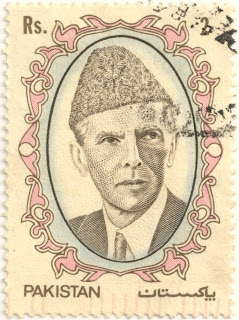 Born in Karachi, Pakistan in 1876, Mohammad Ali Jinnah studied law in England and supported the campaign of Dadabhai Naoroj, the first Indian to serve in Parliament. Jinnah worked for Indian independence, advocating a separate state for his fellow Muslims, who would be politically shut out of a mostly Hindu India. In 1947, Jinnah served as the first governor-general of a newly formed Pakistan.
Profile
Mohammad Ali Jinnah(born Dec. 25, 1876, Karachi, India [now in Pakistan]—died Sept. 11, 1948, Karachi) Indian Muslim politician, founder and first governor-general (1947–48) of Pakistan.
Early years
Jinnah was the first of seven children of Jinnahbhai, a prosperous merchant. After being taught at home, Jinnah was sent to the Sind Madrasat al-Islam in 1887. Later he attended the Christian Missionary Society High School in Karachi, where at the age of 16 he passed the matriculation examination of the University of Bombay (now University of Mumbai). On the advice of an English friend, his father decided to send him to England to acquire business experience. Jinnah, however, had made up his mind to become a barrister. In keeping with the custom of the time, his parents arranged for an early marriage for him before he left for England.
In London he joined Lincoln's Inn, one of the legal societies that prepared students for the bar. In 1895, at the age of 19, he was called to the bar. While in London Jinnah suffered two severe bereavements—the deaths of his wife and his mother. Nevertheless, he completed his formal studies and also made a study of the British political system, frequently visiting the House of Commons. He was greatly influenced by the liberalism of William E. Gladstone, who had become prime minister for the fourth time in 1892, the year of Jinnah's arrival in London. Jinnah also took a keen interest in the affairs of India and in Indian students. When the Parsi leader Dadabhai Naoroji, a leading Indian nationalist, ran for the British Parliament, Jinnah and other Indian students worked day and night for him. Their efforts were crowned with success: Naoroji became the first Indian to sit in the House of Commons.
When Jinnah returned to Karachi in 1896, he found that his father's business had suffered losses and that he now had to depend on himself. He decided to start his legal practice in Bombay (Mumbai), but it took him years of work to establish himself as a lawyer.
It was nearly 10 years later that he turned actively toward politics. A man without hobbies, he divided his interest between law and politics. Nor was he a religious zealot: he was a Muslim in a broad sense and had little to do with sects. His interest in women was also limited, to Ruttenbai—the daughter of Sir Dinshaw Petit, a Bombay Parsi millionaire—whom he married over tremendous opposition from her parents and others. The marriage proved an unhappy one. It was his sister Fatima who gave him solace and company.
Entry into politics
Jinnah first entered politics by participating in the 1906 session of the Indian National Congress held at Calcutta (Kolkata), in which the party began to split between those calling for dominion status and those advocating independence for India. Four years later he was elected to the Imperial Legislative Council—the beginning of a long and distinguished parliamentary career. In Bombay he came to know, among other important Congress personalities, Gopal Krishna Gokhale, the eminent Maratha leader. Greatly influenced by these nationalist politicians, Jinnah aspired during the early part of his political life to become “a Muslim Gokhale.” Admiration for British political institutions and an eagerness to raise the status of India in the international community and to develop a sense of Indian nationhood among the peoples of India were the chief elements of his politics. At that time, he still looked upon Muslim interests in the context of Indian nationalism.
But, by the beginning of the 20th century, the conviction had been growing among the Muslims that their interests demanded the preservation of their separate identity rather than amalgamation in the Indian nation that would for all practical purposes be Hindu. Largely to safeguard Muslim interests, the All-India Muslim League was founded in 1906. But Jinnah remained aloof from it. Only in 1913, when authoritatively assured that the league was as devoted as the Congress to the political emancipation of India, did Jinnah join the league. When the Indian Home Rule League was formed, he became its chief organizer in Bombay and was elected president of the Bombay branch.
Political unity 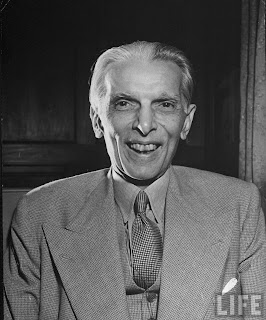